“A Little Help From Our Friends” 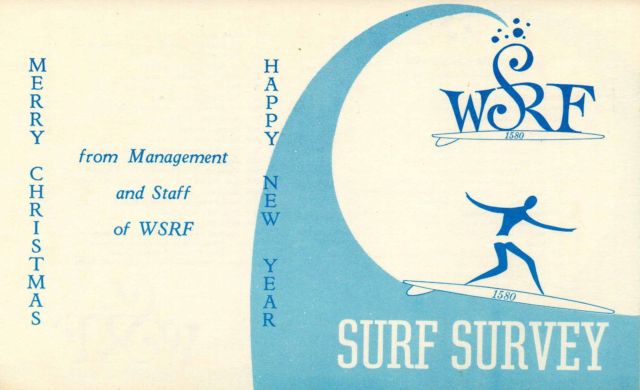 Once upon a time in  1967,  The Van Patrick Broadcasting Company operated  both WSRF & WSHE  located in the same small building located in the rear of a once trailer park named  “Silver Oakes”  in the old town of Davie Fla.

I recall a cow pasture directly behind the rear doors of the building, many Jocks would take breaks and smoke  just outside the rear doors.

WSRF was an AM station operating on the frequency of 1580, WSRF also had a slogan which was SURF16,

I can remember we used Tape Reel to automate both stations, the management had one man that stayed over nights to change the tapes.

–‘Were Located Nearest Your Glove Compartment”

-“The Much More Music Sound in Broward County”

SURF16 was a radio station  format of  Top 40 during the late 1960s through the 1970s,  as much of Top 40 was mainly Progressive Rock during those memorable years.

Both call letters  WSRF & WSHE were purchased by Gene Milner in 1972.

Oldest son the late  ‘Tommy Judge’  was the king around both WSRF & WSHE, Tommy also was a part of the Air Talent.

Tommy is remembered to many for being a Super Genuine person and a kind soul, helping people and earning their trust making friends with everyone.

During the 1970s  Disc Jockeys had plenty of head room to air what they thought the public wanted, Back during those days  Program Director’s   allowed  freedoms to the air talent,  unlike radio today.

If you feel  I have left out something, perhaps you’d like to share your WSRF–WSHE  history memory, we welcome your honest commentary.

With heavy hearts we all said goodbye to James Yelton   June  2016.

Jim is survived by his wife and daughter.

James  ‘Jim’   played a Key Role with  raising  the radio station  SHE  back on its feet from FM to the Internet.

WSHE is no longer broadcasting on the FM frequency,  WSHE is a Radio Station streaming Hi-Def Stereo directly over the internet, broadcasting the same Progressive Rock / Album Rock format.

‘SHE’  has earned the title of Classic Rock Florida  Internet Radio.

Today’s  SHE  is currently owned and operated by a small group named the Tanner Brothers / Tanner Broadcasting LLC.

The live stream for SHE internet radio can be heard here